Stand with the greyhound six 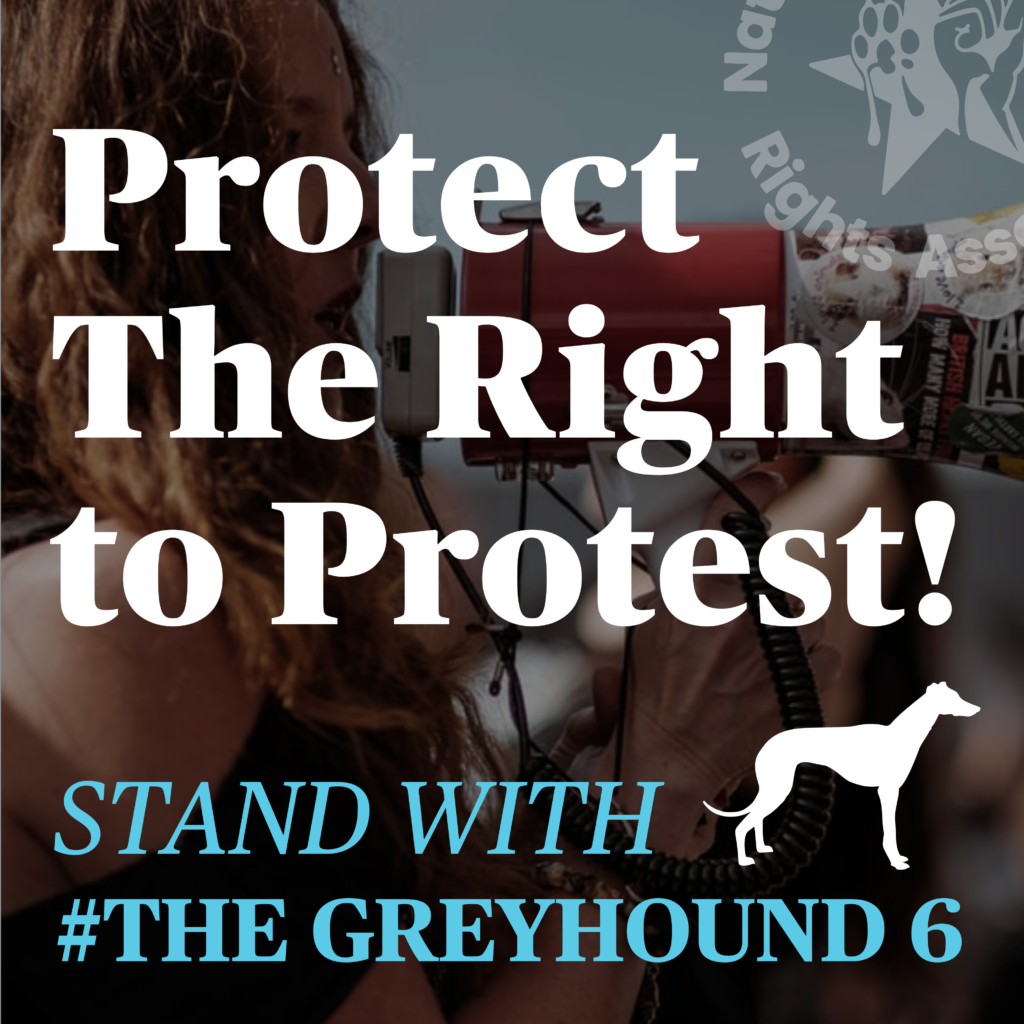 Firstly, we would like to thank all of our comrades who supported us over the last 2 days in the High Court, as well as over the past two months since all of this started. We would also like to thank our legal team for their wonderful work on our behalf during this time.

Today’s outcome was welcome for us, the First & Second Named Defendants, Laura Broxson & Tawnie Ocampo, but although the 50 metre injunction was removed (and all costs are being paid for by Shelbourne Park), a settlement agreement was reached – rather than the case being thrown out altogether.

Our 4 co-defendants proposed a list of protocols to Shelbourne Park, without our knowledge, which the 4 of them subsequently agreed to. They are as follows:

(i) The Third, Fourth, Fifth and Sixth Named Defendants will ensure that a system of stewards will be put in place during such protests numbering not less than 3 stewards on any occasion when a protest occurs. The stewards will wear high visibility jackets;

We, Laura & Tawnie, refused to agree to the above – but to avoid the probability of a ruling which would legally enforce the above on us, we agreed we would abide by the rules should we decide to *attend* any protest or demonstration (as in, organised by the other 4 defendants).

So going forward, NARA will be organising a new campaign to ban greyhound racing in Ireland.

For us, today was not a win for the cause, but it’s the best outcome we could have gotten under the circumstances.

Thanks so much again to everyone for your help and support,
it means the world to us.